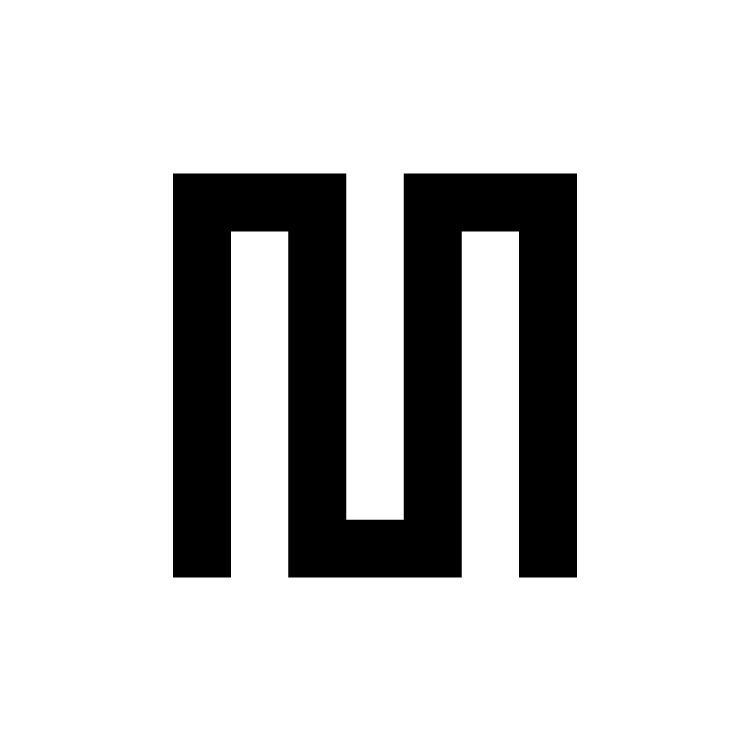 Into the Metaverse
meta.mirror.xyz
The State of Digital To Physical
hol.eth
August 16th, 2022

The year of the NFT came and went, and we saw plenty of NFTs that represented or accompanied physical items. Physical drops linked to NFTs are still big news, with luxury brands like Tiffany & Co jumping on this particular bandwagon.

Yet there’s no one way of creating these links between the digital and the physical, and to date the methods of doing so have been tenuous. In this post I’m going to touch on some tech plans for elevating digi-physical NFTs to the next level.

Starting with Ethereum Improvement Proposals, EIP-4519 (currently at review stage) will provide an “Interface for non-fungible tokens representing physical assets that can generate or recover their own accounts and obey users”.

Intended primarily for smart devices (think IoT), this EIP will extend ERC721 such that a smart device can be defined by a unique “SmartNFT”. The item will know its owner and users and will be able to establish secure connection channels with them. It will also know its operating mode, and have the ability to distinguish, for example, between users with different permissions.

The establishment of a shared secret key is very important for a secure communication, and the authors of the EIP propose a secure key exchange protocol based on elliptic curves (although the interface is intended to be compatible with other types of key exchange). The physical item, such as a smartphone, should have the ability to generate an Ethereum address from itself in a totally random way so that only it is able to know the secret from which the Ethereum address is generated, and there are various security considerations in terms of who should be able to create the associated SmartNFT and whether/how the secret should be stored or reconstructed.

If adopted, the EIP would provide a standard interface to allow user management of SmartNFTs with ties to electronic items. It plans to links the NFT with its users (not just the owner) and enable the NFT to have its own Ethereum address. Think next-level integration of electronics and NFTs, whereby “smart devices” will be able to change the state of the blockchain (semi) autonomously.

We’ve seen plenty of non-standard approaches for “digital-to-physical” items. So many, in fact, that the Ethereum Reality Service (ERS) has been proposed in an ENS-like fashion, comprising one-registry to rule them all. ERS is a new protocol that would be open to chip manufacturers, creators and their end users as a public good to enable any crypto asset or token to be associated with a small computer chip attached to a physical piece, thus linking the physical piece to the blockchain. Furthermore, all chips in the ERS should be representable as a cryptographic identity.

Essentially, ERS is a set of smart contracts, with two main components: a registry, which records the existence of a chip together with whatever is embedded in it (through linked manufacturer and Trusted Service Manager registry data), and a resolver, where content and escrow contracts may be set.

ERS could become the digital-to-physical framework for high value, movable assets. The benefits of having embedded cryptographic identities is likely to reduce or eliminate oracle risk, while creating truly bearer objects that can authenticate themselves on-chain.

This has important implications for a number of themes / use cases, as the authors note, including:

There’s the possibility to create a strong link with soulbound tokens and even merge this concept with SmartNFTs to enable the physical objects themselves to modify the state of the blockchain. Imagine a chipped limited edition T-shirt that can attest you attended a gig.

Gmoney, web3 investor and owner of Punk 8219, has started an experimental web3 luxury clothing brand, not least to support his cryptonative signalling efforts.

Gmoney’s new label - 9dcc - is starting with a simple NFC-connected black T-shirt, with the embedded NFC chip linking the item to an NFT, for his first drop called “Iteration-01”.

Moves like this are redefining status. It isn’t just about wealth anymore: it’s about scarcity, and proving that you’re an insider on a certain digital level.

NFC chips can support their own NFT, which remains with the item even if it is traded. Everyday items can become smart tech, and the chips are now ready to support the systems we want to build on top of them. Additional functionality can be layered onto connected NFTs, providing exclusive access to IRL events, limited edition drops, and more. BTW if you’re looking for a fashion NFTs overview, check out Messari’s report.

MetaFactory is a community-owned brand focused on crafting products and experiences that travel seamlessly between digital and physical worlds.

Pioneer of decentralized culture, MetaFactory has long blurred the boundaries between the digital and the physical — starting with fashion (chipped limited edition T-shirts and such).

The drop was a pilot for MetaFactory’s new interoperable wearables standard, to ensure that wearables really are one-size-fits-all.

The interoperable wearables standard bundles multiple 3D file formats into a single NFT, allowing for it to seamlessly travel between multiple virtual worlds.

Playing the positive sum game, MetaFactory is disrupting the traditional fashion production model by coming up with new ways of making fashion ethical and expanding the creator economy.

As key learnings are transposed onto other sectors, MetaFactory is providing a real-life platform for piloting innovative new tech and exploding the possibilities for NFTs.

Interoperability is set to improve as standards are implemented which facilitate wider usability of NFTs across multiple ecosystems. Projects and tools become composable parts of the open metaverse.

NFTs themselves will be able to take on many uses across many virtual worlds, increasing their inherent worth and making them increasingly valuable for their owners.

In it for the tech

Kong HaLo chips offer superior functionality and practicality when compared to generic chips. They use Ethereum’s native secp256k1 which means they can directly sign transactions and messages, massively reducing the cost of verification on chain. Remember what I said about “smart devices” earlier? Kong HaLo has the potential to turn any thing into a smart item.

Not to mention, HaLos can be consistently sourced at reasonable volumes. So this is all getting rather sustainable, isn’t it.

Fundamentally, the protocol is defined by a set of smart contracts to facilitate the trade of physical items. V2 of the protocol is pitched as a decentralized optimistic fair exchange protocol, which enables the trust-minimized, automated exchange of off-chain assets, whilst tokenizing commitments to trade as redeemable NFTs.

Boson Protocol does things differently, in that it isn’t the physical items themselves that are represented by NFTs, it’s the commitment to trade between a buyer and a seller.

Long term, Boson Protocol wants to disrupt the way we do commerce. It wants to give buyers and sellers their power back, by enabling the sale of physical items via a decentralized protocol that incentivizes fair play — instead of greedy monopolies and monolithic financial entities.

The protocol itself caters for disputes, with game theory underpinning the protocol’s possible outcomes. This means that — over time — using the protocol empowers the creator economy. That’s not to say it’s as convenient as Amazon just yet, but Boson Protocol’s open infrastructure theoretically means that the wider community can add to the decentralized commerce stack to gradually phase out the incumbents.

Mattereum is successfully onboarding rare and high-value goods to the blockchain, with a novel combination of NFTs and legal blurb. Vinay’s article explains in more detail how they are doing this (as well as highlighting some more start-ups kicking around this space).

Mattereum has created legally binding NFTs; so far, for wine, musical instruments and gold. They have baked legals into their NFTs so that every transaction comes with a simple and effective legal framework for dealing with any disputes that arise. Impressively, the system is applicable in over 160 jurisdictions.

Mattereum, claiming to have nailed their proof of concept with high value items, say that their system is trusted and works. There are plans afoot to add functionality that makes it possible for any item to be permanently connected to the blockchain out in the physical world.

This isn’t the first time we’ve seen legals in NFTs — in the UK it has been ruled that court proceedings can be served via NFTs to persons unknown.

I’m watching and waiting to see how the Mattereum system evolves. As ever, it’s when systems get tested that we see whether they’re going to stick.

Tech evolution will fix the problem of weak links between the digital and the physical, and the physical asset oracle problem will dissolve, with incentives for good behaviour — and, it seems likely, decentralized punishment served for bad behaviour.

This could look like any one of the above solutions, but — much like DeFi — I think we’ll see the growth of a flexible and modular stack for digi-physical integrations, coupled with plug-and-play legals.

The symbiosis between NFTs and DeFi, highlighted by Bankless founder David Hoffman, means that NFT trading spurs DeFi action. This gets way more interesting in the context of composable NFTs, particularly when physical items can be inextricably attached to them and morphed into financial instruments that can maybe even sign their own transactions.

In the not so distant future we may see:

Here’s my approximation for visualizing the current stack. As a snapshot in time, it’s by no means comprehensive (my apologies), and in reality is more nuanced than can be conveyed by a small image. Elements of the stack are considered composable, and in some cases may be complementary; in others they may be mutually exclusive. Items may or may not contain chips.

What is clear is that there is a significant number of A-players (and of course a decent amount of funding) already in the game to flesh this diagram out.

Subscribe to Into the Metaverse
Receive new entries directly to your inbox.
Collectors
View
#1
#2
#3
View collectors
This entry has been permanently stored on-chain and signed by its creator.
Arweave Transaction
ltjIS_BaBeX7Gwu…eIXcXc2634OdfL8
Author Address
0xcF7Bb6e09ca8b…0cE69a122a12a85
Content Digest
T6d3SBRzb_2WLVn…O6x7jGdGEbbkfCA
More from Into the Metaverse
View All